NOTE: This list contains non-writing-related trivia about Erica. If you’re looking for FAQs related to Erica’s career as an author, try this page. 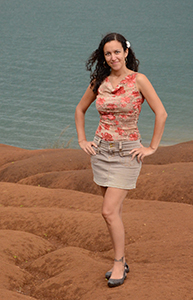